TOWARDS THE DREAM, How is it to be a Tibetan woman in today’s world? 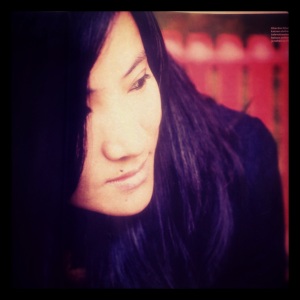 All expectations dissolve in an instant when I meet this speaker of Tibetan women’s rights, Tenzin Dhardon Sharling. She elegantly checks her lipstick before the photo session. I see a charming, modern woman in front of me. There is no mention of Tibetan national dress or the strictness of someone championing a women’s cause. Although she has never been on a date…

“Usually people do not believe me when I say that I have never dated. In the old days, a Tibetan woman was thought to be a hopeless case if she was not married by the age of 23. I want to break outdated models with my friends. Motherhood can wait, and there can be more in a woman’s life than husband, children and family,” says 30-year-old Dhardon Sharling.

There is truly no fullness missing in Dhardon Sharling’s life. Chosen to be a member of the Tibetan parliament in March of last year, she is the youngest member. Moreover, Dhardon is responsible for the Tibetan Women’s Association, including TWA’s publicity and research activities. She leads training in women leadership. She is an active, modern woman and has a tight schedule at home in India as well as abroad.

“I am visiting Finland for the first time. I have spoken in international minority and indigenous peoples’ rights seminars and met interesting people. I would rather work as Tibet’s envoy than rest in my hotel room or go shopping.”

This woman does not quietly rest on her laurels. Neither has she been that way in the past. Already as a child, Dhardon’s parents noticed that she has more of a spark in her.

The chain of descendants

Drahdon Sharling’s father was born in 1950, when the Chinese invaded Tibet. In 1959, the Dalai Lama had to escape to India with his close personal retinue. At the same time Dhardon’s mother and father also escaped, at the risk of their lives, as did tens of thousands of other Tibetans. Dhardon’s father’s mother died at forced labor camp in Tibet, and her grandfather had died earlier.

Dhardon’s mother was born during the flight on the border of Tibet and India, near Ladakh, where her family was staying. Her mother’s parents were Tibetan nomads, but in India they worked doing construction and helping new refugees.

Tibet in the 1950s was a feudal society with great class differences, where a woman’s role was to serve her husband and children. Yet the position of Tibetan refugee women has improved since then. Visiting the United States in 1979, the Dalai Lama was convinced by the power and abilities of local women. That very year the convention of women’s rights was accepted in the United Nations. Due to the Dalai Lama’s influence, the Tibetan Women’s Association was reestablished again to improve the position of Tibetan women.

“Lots of improvements have happened in thirty years. Most Tibetan women who live as refugees can read, and more than half of them continue their studies after compulsory school, although a lot of them stay at home to look after their children after completing a degree. Things are much worse inside Tibet.”

“Too many Tibetan women still have to sacrifice themselves for their families. I just met a talented girl who had to put aside her university studies in order for her brother to study abroad. Only three percent of Tibetans in a leadership role in exile Administration are women. We still have a lot [of work] to do in order for Tibetan men and women to stand on equal footing.”

Dhardon Sharling is Tibetan from head to toe. She dreams of freedom inside Tibet and fully advocates the rights of Tibetan women. But she is of the generation that has lived its entire life outside the borders of Tibet, surrounded by a rapidly modernizing India. Dhardon wants to break old concepts and be part of the creation of a future in which Tibetan women have more possibilities to influence their own lives and surrounding society. 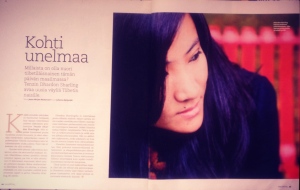 The world has changed a lot since Dhardon Sharling’s parents’ and grandparents’ youth. Dhardon was enrolled in an elite school in South India at the age of nine. Her parents had a low income and had to make great sacrifices so that their talented daughter could attend Indian private school. They borrowed money and had enjoyed fewer comforts in their own lives in order to meet the annual school tuition.

“I had problems adapting to the school, where there were only children from rich Indian families. I did not feel that I belonged there. I was Tibetan and had lived all my life in a Tibetan community in India. My family lived a simple life. I wanted to go back home.”

Slowly Dhardon adapted to the school. Today she gets along well with mainstream Indian culture. During her years of university in Madras, she surprised everyone by speaking Hindi, doing stage shows and winning prizes in Bollywood dance competitions and working as an “entertainment minister” whose responsibility was to organize fashion shows and singing and dance performances.

Dhardon Sharling is a role model for many young Tibetan women. She has studied abroad and seen the world. Yet all Tibetans in exile do not accept her way of going about things. Old-fashioned people and modern innovators have different approaches.

“Ther are Tibetans who suppress many things in the name of the preservation of their own culture. I want to open new paths. Tibetan women can by nature be dynamic, versatile and interested in other cultures. As Tibetans we cannot stay in our own duck pond forever. Times change and women have to change with them.”

A lot is expected from Dhardon Sharling, and she demands even more from herself.

“I feel a depth of gratitude in many directions. Foremost to His Holiness the Dalai Lama and the the government-in-exile, who has invested a lot in me and due to whose stipend I’ve had a chance to study at the prestigious Edinburgh University. And now I have been elected to our parliament. I represent those living in Tibet as well as those in exile. I have a great responsibility.”

“Many Tibetans have an image of me, and sometimes I try to live accordingly, but then I lose something of myself. I never have time to just be by myself, to relax and enjoy, and sometimes the inner pressure grows so great that I lose contact with my inner-self.”

When Dhardon is feeling low and down, she thinks of the Dalai Lama’s life’s political and spiritual work. It gives her strength to continue her own work. The people inside the occupied country of Tibet also give her strength. All of the people there are praying and working for the Dalai Lama’s return.

“The Dalai Lama has given so much love. He is my greatest role model, and I have found a new relationship to Tibetan Buddhism thanks to him. It is not only a matter of rituals, prayers and offerings, but heart that is spiritual and mind that is practical.”

“Buddhism is about being a good human, who heals those who are hurt and helps other humans. To me it means probity and pragmatism. The Dalai Lama encourages us to empathize with one’s detractors, and Jesus asked to love others as one would love oneself. There is fundamentally the same core in all the major religions.”

The next appointments are already waiting and the spokesperson for Tibet moves on.

4 responses to “TOWARDS THE DREAM, How is it to be a Tibetan woman in today’s world?”